The Benefits of Inner and Outer Silence 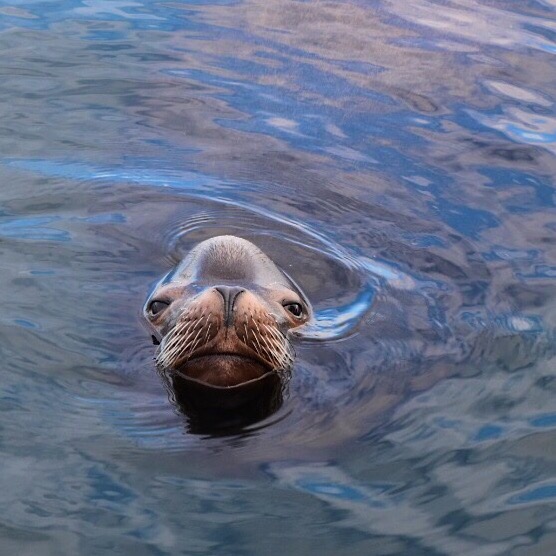 March 2020 update: I wrote this post more than three years ago, long before COVID-19. Today, many people are dealing with silence and solitude on a level they never expected (or wanted). I’m feeling powerless to help, except inasmuch as I can share my experiences in dealing with solitude and uncertainty. Stay safe, everyone. Sending you virtual hugs, hand sanitizer and toilet paper.

If you’re like me, you cringe at sudden loud noises—the sudden roar of a motorcycle gearing up, firecrackers, a cannon blasting (just me? I live in a town that fires a cannon every day at noon. It’s a tourism thing.)

Years ago, I lived in New York, which is pretty much noise 24/7, from the cry of fire sirens to the rumble of subways beneath the sidewalk, to the incessant honking of car horns. Although I acclimated to it, more or less, by the end of each day, I just wanted to hole up in my studio apartment (a third-floor walkup on Ninth Avenue, which wasn’t exactly soundproof). When the noise is constant, you learn to block it out.

I grew up in the countryside, but for most of my life after childhood, I lived in big cities—Boston, Washington, New York, Toronto and Vancouver. When I began this journey, I’d moved to the smallest city I’d ever lived in before—the downtown area has about 10,000 residents—where I didn’t know anybody. Because I work remotely, and I’m not someone who seeks out social contact for the sake of it, I didn’t have regular interactions with people here.

I spent years joking (to myself) that this was “my own private ashram.” There were—and sometimes still are—stretches of days, or even full weeks, when I didn’t speak to another human being. This might sound extreme, but it suits me, an extreme introvert who is far more comfortable with expressing myself in writing than verbally. (I did, and do, communicate with friends through text and email.)

There was a period of time when work fell away, and I couldn’t find more, so I walked mindfully for hours upon hours every day. Part of my practice was to learn to observe my thoughts, and to try to separate facts from interpretations. There was lots of silence, save for the sounds of nature—birds chirping, waves splashing, wind in the trees. The only “noise” was the periodic roar of a seaplane. It was pretty much the opposite of living in New York. (I have 24/7 tinnitus in both ears, which is more noticeable when there’s not constant noise around. But when I talk about silence, I’m talking about my baseline of silence.)

There are many reasons I’ve felt more peaceful and healthy since moving here, but I’d never really considered the role of quiet. And then, last summer, New York magazine ran a piece on the neurological benefits of silence.

The Benefits of Outer Silence

As the writer of that piece explained, there has been ample evidence that shows noise pollution has a negative effect on people—from heart disease to high blood pressure. Until recently, the benefits of silence were limited to avoiding the damage caused by noisy environments. Which, while it’s better than the alternative, isn’t technically a benefit.

One of the consequences of exposure to frequent or consistent noise is atrophy of a tiny brain structure, deep within each temporal lobe, called the hippocampus. The hippocampus is a small and extremely plastic (changeable) part of the brain that plays key roles role in learning, memory and (as part of the limbic system) emotional regulation.  When the hippocampus grows, we’re able to form more memories; conversely, atrophy of the structure has been linked with dementia.  So even though it’s tiny, it’s pretty important.

The hippocampus shrinks in response to stress—including environmental noise. That was one of the key findings about the problems associated with noise pollution.

Yet according to Nautilus magazine, a few years ago, Duke University researcher Imke Kirste “found that two hours of silence per day prompted cell development in the hippocampus.”  It should be noted this was a test on mice, not humans. Still, as the author of the Nautilus article observed, “Neurogenesis [hippocampal growth] could be an adaptive response to uncanny quiet.”

So when you can seek out moments—or better yet, two hours—of silence, whether walking through a park or curled up reading a book (I’m pretty sure checking Facebook doesn’t count, even with the sound off), you’re doing your brain a favor.

The Benefits of Inner Silence

It’s not just external noise that’s distracting, though. Internal noise—the firehoses of thoughts that blast through our brains at every turn—are also distracting, if not outright damaging. This is the ‘noise’ I aim to quiet before I begin writing. And…well, pretty much all the time.

Left to its own devices, my mind is constantly active. I have endless imagined conversations with people, sometimes multiple people simultaneously. New ideas are constantly coming to me (the good ones get noted on my phone), and I’m almost always analyzing half a dozen different things (overthinking, in other words). In good moments, I catch myself and go, “Oh, I’m thinking.” In other moments, my mind runs away with me for hours before I notice.

This has both physiological and emotional consequences.

There have been numerous studies about the benefits of meditation on the hippocampus (as well as many other brain structures). So, although as far as I know, the research hasn’t been phrased this way (and I realize I’m making an unscientific generalization here) quieting internal noise has an equally beneficial effect on the brain.

It certainly has an effect on my emotional well-being, as well as my creativity. If I sit down to write without taking time to quiet the inside, it’s a laborious process, and the result isn’t nearly as good as it could be. If I go for a walk, meditate, spend time in nature or do any of the other things that quiet the mind, the writing usually flows better and faster—exponentially so.