We Don’t Know Anything, Really 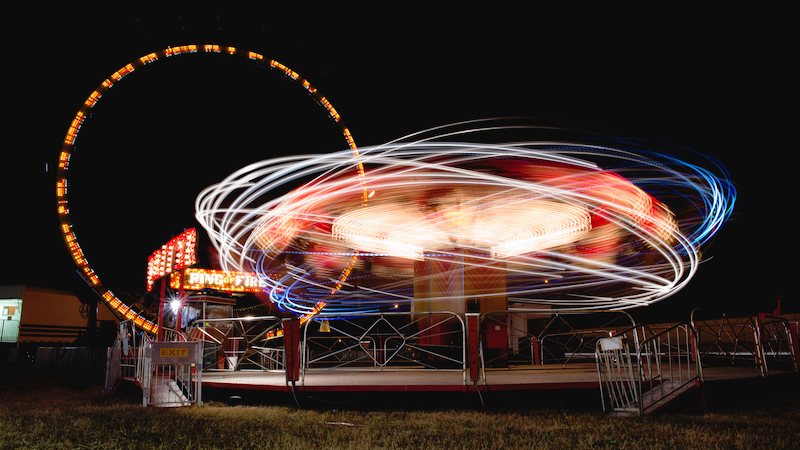 None of us really knows what we’re talking about. Not me, not you, not anybody else. I mean, we know some relative things about living on this planet, but in the big picture, the absolute? Nothing.

We live in a culture where there’s a premium on having the answers. We hold in high esteem those who can figure things out, who appear to understand how it all works. The majority of our educational system is geared towards gathering knowledge and authority based on that knowledge. We think we understand how this planet works, and why certain things happen. We believe in cause and effect. Even on a personal level, as we get older, we begin to think we understand what it means to be human, what our purpose is, what it’s all about.

We don’t have a clue.

The Facts of Matter

This massive almost-but-not-quite sphere (which, remember, not long ago people assumed was flat) spins around at 1040mph, and simultaneously hurtles around the sun at 67,000 mph. Basically, we’re on a super-galactic spinning amusement park ride.

Why are we all not nauseated and falling over? (Yes, I know, gravity. Read on.) We don’t even notice the spinning and racing. We may think we’re being “still” (especially while meditating or walking in nature), yet the vast majority of us, standing upright, are objectively (from an outer-space perspective) leaning at an angle, or even hanging upside-down. Except that things like ‘down’ and ‘up’ are human constructs, just like the concept of time.

The Errors of Perception

Remember The Dress? In writing my post “Everyone Thinks They’re Right,” I came across a PBS Newshour interview with UK neuroscience professor Beau Lotto.  He explained that people were freaking out because we all assume that our reality, or rather the way we perceive reality, is the only reality that exists. The Dress challenged that.  People were forced to “[entertain] two realities that are mutually exclusive. It’s seeing one reality, but knowing there’s another reality, Lotto explained. “So you’re becoming an observer of yourself. You’re having tremendous insight into what it is to be human.”

Wait, what? As Wellesley neuroscientist Bevil Conway, who studies color and vision, explained, “Color is this computation that our brains make that enables us to extract meaning from the world.”

Color is simply perception. There’s no such thing, objectively speaking.

Consider the humble (and yummy) apple. We see most varieties as red, and we often use that colour as a metaphor, for example, in the winter, we have “apple cheeks” — which presumably refer to red cheeks.

But here’s the thing: Apples aren’t actually red. They appear red, because “Electromagnetic waves (light) hit the surface of the apple. In this case, the apple absorbs the remaining visual wavelengths and only reflects the red ones. This light enters the eye. Photoreceptors in the eye and the brain then “read” this stimulus as a colour.  This is why we perceive the apple as red.”

Nothing is What it Seems

Taking this a step further, everything we think we see (and taste and hear and touch and smell) isn’t actually real. Well, it is, but what we’re encountering—let me leave it to Michael W. Taft, a neuroscience researcher and science-based meditation instructor:

“No human being has ever experienced the actual world. Your experience of the world comes to you through the signals of a group of peripheral devices, called “senses.” Those signals are then assembled in the brain into some kind of experience. It’s important to remember that this experience is a brain-generated hallucination or fantasy, not the actual outside world. It’s just like a really, really high-resolution virtual reality.” —Michael W. Taft

What about people who have had magnificent insights into how the universe works, whether during meditation or even spontaneously? “The misstep here,” Taft writes, “and it is an epic one, is to think that what your experience in your meditation (a first-person, subjective experience) has anything at all to do with how the external universe works (a third-person, objective reality).”

What we perceive is what the human mind is capable of perceiving. Period. Any meaning we make from it—the stories we tell ourselves—are limited by virtue of the mind’s limitations. We literally cannot conceptualize certain things (or maybe we can, but there’s no way of knowing for sure because all our conceptualizations come from…you guessed it, the human mind.)

This guy is way more educated in neuroscience than I am, and he also has far more experience in the realm of meditation, so if you truly want an experience that will stop your mind, I recommend reading his entire piece in Rick Hanson’s Wise Brain Bulletin.

The Limitations of the Human Mind

Science is pretty awesome. We like to believe in it, and it’s given us some pretty cool insights. And don’t get me wrong: As an occupant of this planet, I’m pro-science (what a state of the world, that I have to even say that). But science is limited by the human mind—and as awesome as the human mind is, it’s not omniscient. Science helps us understand tons of things through the lens of the human mind, and even projecting into other realms, based on the capacity for the human mind to process information.

Our brains literally cannot understand the universe, any more than a grain of sand can understand a beach. And the challenge is that science was invented and has been developed by many, many human brains. Certainly some of the most intelligent brains in the history of this planet have contributed to science. But that doesn’t mean we understand capital R-Reality. It means we understand (maybe) some things, in the relative context of what the human mind can process.

I have always been “the smart one.” Once upon a time, I even joined Mensa. I was raised to worship at the altar of the intellect. But here’s what life experience is showing me: When it comes to the big questions, the mysteries of the universe, the intellect has serious limitations. It’s not that we should dismiss the intellect entirely, but rather that we need to learn to use the intellect as a tool. You wouldn’t use a jackhammer to put together Ikea furniture, right? Or use a wrench to screw in an electrical outlet cover? As a species, the intellect is our crowning jewel…and it’s also likely to drive us and many other species to extinction if we don’t learn how to harness it and how to perceive and navigate from different, complementary functions.

We need to begin opening our minds (and guts, and hearts, and our subconscious minds, and our creativity) to the idea that, as the saying goes, “not everything that matters can be measured, and not everything that can be measured matters.” Yes, science and the intellect and both important. Discernment is an essential skill for survival on this planet. However, if we continue to develop the intellect without regard for simultaneously developing emotionally and spiritually; if we teach critical thinking without also cultivating compassion; and if we continue to believe in the false human constructs of status, that lead us to believe any one among us is superior…we’re in big, big trouble.

Because the only thing I know for sure is that I don’t know anything for sure.