The Freedom of Facing My Biggest Secret 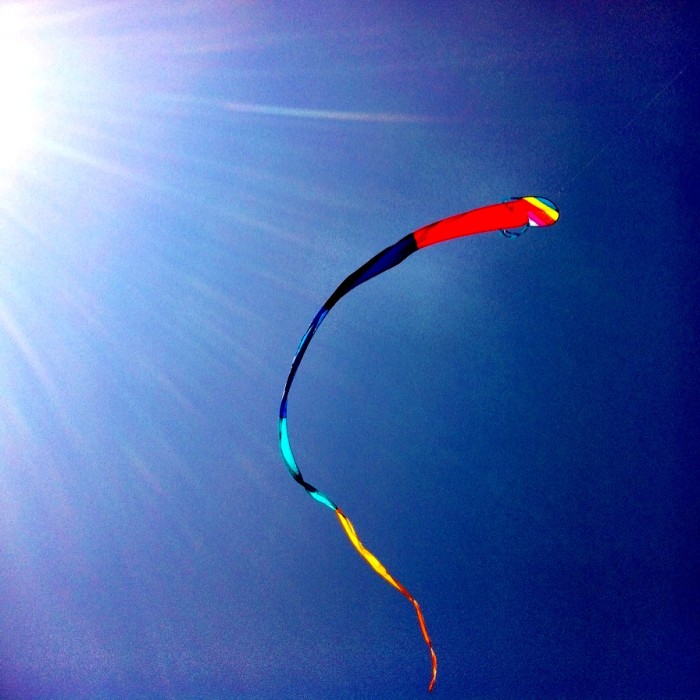 This is the day I’ve dreamed about, visualized, worked towards and sometimes despaired of ever reaching, for the past five years. Today, I made my final payment to clear up Canadian tax arrears that spanned six years. I’ve also then had to clear up the years since (2010-14). I don’t know the exact amount I’ve paid over that time, but it’s somewhere in the neighbourhood of $50,000. If you’ve read pretty much any other posts on this site, you’ll know that’s more than I earned in 2013 and 2014 combined.

I visualized raising my hands into the air in a victory cheer. I imagined that I would feel this immense relief, a physical burden lifted off my shoulders. I cried with joy when I pictured it. And while it is a major milestone, it actually feels…oddly normal. Like this was the next logical step. It’s almost anticlimactic, because the universe stepped in to help me sprint to the finish line. I’m working, and I’m earning more than I’ve ever earned.

Owing back taxes was my deepest, darkest secret for a long time. It held me back from pursuing writing that could be successful, for fear I’d be caught (I didn’t know exactly how much I owed, but I knew it was more than I could pay). I hadn’t intentionally avoided taxes–I did file and pay some years; I’d just kind of flaked out here and there. But still, I felt horrible about it.

Six years ago, I sat in a therapy session and when the therapist suggested I start trying to clear this debt, I freaked out. I mean, total meltdown. Not because I didn’t want to, but because I didn’t know how I’d pay it off (I didn’t even know how much I owed), and I was afraid of…I don’t know what. Being arrested? Being put in a labour camp? I feared I’d spend the rest of my life trying to pay it off. I haven’t had that level of resistance to anything, pretty much, ever. I was terrified.

When I went off meds, I still felt a low-lying sense of unease that permeated my daily life. I didn’t know what it was, but I couldn’t seem to shake it. It was only after a few weeks of meditating that the answer came to me: I had to clear this debt. I had to stop hiding and take responsibility.

It was as much an energetic resolution as it was a practical one. I’ve always marched to my own drummer, but I haven’t always taken responsibility for my life. I’d say that I’ve only done that since I began this process.

What I’ve learned is that if I really, really, really want something and I work my ass off to make it happen, the universe will back me up and bring to me what I need. It didn’t happen as a lottery windfall, which is what I’d initially hoped for. I wouldn’t have learned what I needed to learn. But the work contract that arrived in April is almost as good as a lottery win. And there’s a certain poetry, or at least symmetry, in that it’s the woman I was working with when I began this process whose contract allowed me to clear this debt.

What have I learned? Taking responsibility for my life. That facing facts is empowering (not knowing how much I owed was the scariest part). As long as the debts remained vague in my head, not only wasn’t I doing anything to fix it, but also, it was a terrifying monster under the bed (albeit a self-created monster). What my mind imagined was far worse than the reality, because I was creating stories around how much it would be, how I could never pay it off, etc.

I’ve also learned the value of baby steps. Each step in the process, each phone call. As long as I stayed completely in the moment, I could handle whatever came up.

I’ve learned to take responsibility for my actions, to have gratitude for the opportunity to clear up the debts, to not have any resistance whatsoever (now, at least, I know what that feels like as a baseline).

I’ve talked to at least a dozen, maybe two dozen, representatives from CRA (Canada’s version of the IRS). Not one was argumentative. They didn’t even judge me. That’s not their job. They’re humans, making a living and they get a whole lot of grief from a whole lot of people. By seeing them as humans–a freelance musician, a man whose five-year-old daughter already shows writing promise, a woman who after 11-hour shifts went home to a rental where she was doing renovations in exchange for reduced rent, a former political ghostwriter and MAJOR sports fan (seriously, I don’t think you could pack more testosterone into a human being)–they’re just people, doing their job. One began worrying about how I was going to eat. Another went way off-script to recommend I look into Taxpayer Relief (agents aren’t supposed to do that). Even in the leanest months, when I could only make a $10 good-faith payment, and I really could have used that $10 for food, I showed up. I called, I made the good-faith payment. I took responsibility for my actions.

And Life helped me out. Maybe not as quickly as I’d hoped, maybe with some challenging detours, but ultimately, Life came through to help me to the finish line of becoming current.

What else did I learn? I spent a lot of time looking at what limiting beliefs I held around money and abundance, at old patterns of behavior and emotion, and false premises (I had a lot of those around money, and I hope I’ve released them).  I discovered there was a part of me that was scared of having money, scared that people would resent me, scared of leaving the “comfort zone” of being dependent on others. What I learned wasn’t independence, but interdependence. We’re all connected, and at any given time, we’re helping others with one arm and receiving help with the other.

I learned that, in each moment, if I’m showing up energetically–accepting (and I’m not always accepting) –I’ll have the basics of what I need. I’ve learned to stay in the moment, because I’ve been through times when thinking even an hour into the future created panic. I’ve learned that people working for tax agencies are human beings, doing the best that they can each day. I’ve learned that the best way to ensure flow is to give (and that it really does feel better to give than receive, though when rent, food, utilities or a pair of shoes is the issue, receiving is pretty awesome, too). I’ve learned just how little money I can live on, and that I don’t need much stuff. I actually could probably learn to accept more stuff, especially a few more items of clothing. I’ve matured, which is slightly uncomfortable in that I’ve always been the eternal child (and there are many aspects of being child-like that I value). But oddly, when we gain child-like insights at an older age, it’s considered ‘wisdom’. It’s common sense, but not in the conventional sense. Wisdom often runs counter to what our culture embraces.

And now, I can turn my focus to launching this site properly, to finding a decent design (no offense to those who create free templates), to writing about what I most love in the world–walking, nature, animals, being and giving, among other things–and sending out the intention to help other people find meaning in their lives. For me, it’s being in the forest and walking. For a friend of mine, it’s working with corporations. Each person’s calling is different.

This is a place I was really unsure I’d ever reach. It’s flow unlike anything I’ve ever experienced.

I am grateful. I keep a gratitude list every day (and I have ever day for five years). Sometimes I have to really reach for things, but today, this is a really big gratitude.