Leaning into Fear and Uncertainty 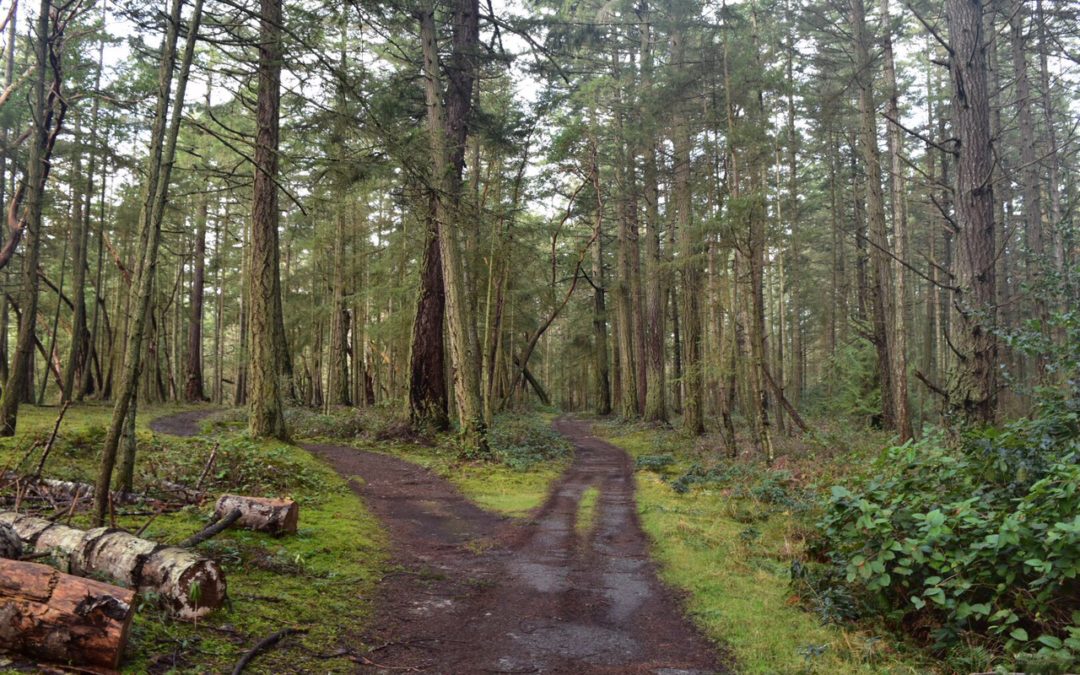 “Will you be around this afternoon?” My landlord texted me two weeks ago. “I’d like to come over and talk to you.”

My mind began spinning. My landlord and I, who have become friends over the nine years I’ve lived here, had always communicated by text—at least, since the advent of text. Before that, by email. What was so important that she had to talk to me?

My first instinct was that they were selling the house, which would mean I’d have to move. My heart began racing; my mind began spinning.

I noticed the sensations, and the thought that was giving rise to them, and I reminded myself to feel my breath. I reminded myself that I didn’t have any information, and there was no point in getting worked up. That helped for about two minutes.

Throughout the day, my mind piped up frequently with different stories. Maybe there’s a health crisis in the family. Maybe they’re finally going to replace the roof (which had been shedding over the lawn for five years). Maybe she’s worried about her other tenants and wants my insight.

As much as I try to practice non-attachment, I am—in truth—very attached to this place. It is the most “home” I’ve ever had, the longest I’ve ever lived anywhere. When I first saw it, in the late summer of 2008, I realized I’d literally dreamt of this house; I’d had dreams that took place inside it.

The appointed hour arrived, as did T. With an apologetic but determined tone, she said, “We’ve decided to do a major renovation and maybe sell this place, or get higher rent for it.” My mind began spinning and my body froze as some part of me reminded myself to stay present and feel my breath.

The real estate market in my city has skyrocketed in the past few years. When I moved here, this suite was slightly above market rent, but I loved it so much, I didn’t care. Today, my rent is below market. This property is their retirement fund; I get that. It’s always been their house; I get that, too.

In the following conversation, there were moments of defensiveness on both sides, but we quickly returned to the moment and appreciation of each other. Difficult conversations are a tiny bit easier when both people have established mindfulness practices.

I thought of a Buddhist teaching, often (erroneously) attributed to the Buddha himself, and sometimes to other teachers:

Before saying a word, he [Ajahn Chah] motioned to a glass at his side. “Do you see this glass?” he asked us. “I love this glass. It holds the water admirably. When the sun shines on it, it reflects the light beautifully. When I tap it, it has a lovely ring. Yet for me, this glass is already broken. When the wind knocks it over or my elbow knocks it off the shelf and it falls to the ground and shatters, I say, ‘Of course.’ But when I understand that this glass is already broken, every minute with it is precious.”

I have always known that this house was never mine, that the glass was already broken. Renting is a good lesson in stewardship: Nothing is truly ours; we just have responsibility for things for a little while. Everything we love, including people and our own bodies, eventually falls away.

Renting is a good lesson in stewardship: Nothing is truly ours; we just have responsibility for things for a little while. Click To Tweet

For years, I’ve been scared of not having a place to go. In the years I’ve lived here, I’ve gone through some intense financial challenges. Although I’ve always eventually paid rent (a total of six figures over nine years), it hasn’t always been on the first of the month; my landlords’ understanding has long topped my gratitude list.

And yet, once it was clear that this really was happening, I felt acceptance. I’ve been through some challenging times, and I’m still here. Life isn’t going to drop me now. The grasping of wanting to stay in this comfortable, familiar place seemed to dissipate. I began telling everyone I knew that I was looking. I began thinking of possibilities. I could put my furniture and boxes into storage, and house-sit for a while. Or try to find someone willing to let me barter for rent. Or something else, some perfect outcome I couldn’t have imagined.

Since Hedda died in December, I’d been kitten-proofing the apartment, which was no small task. I’d just been ready to adopt a new kitten in the next few weeks—and now that plan was on hold. That was my biggest disappointment. But I felt calm.

Life was showing me where it wanted me to go, and my job was to listen. What’s coming is a new chapter; I just don’t yet know the plot.

A couple of nights later, I woke up in the middle of the night gripped with panic. After nine years, how would I even begin packing up? There are things I have to keep—immigration, citizenship and complicated tax records—and childhood journals that might be useful references for essays. I’m not particularly attached to the furniture I have, but I know from past experience that if I sell or donate everything, I’ll just have to rebuild again later.

Feel the breath. Feel my abdomen rise and fall.

I recalled something T had said: “There are crappy houses—totally falling apart—in really awful neighbourhoods, and they’re getting $1,800 a month for a two-bedroom.” She told me this to rationalize their decision, but it didn’t help, considering I would soon be looking for a two-bedroom (one as an office).

The facts: I have about $200 in my bank account, plus some payments coming in July. I do not currently have the $3,000+ needed to secure a new apartment (first/last/security), much less money to cover moving or storage costs.

My mind piped up with its taunts and fears. “I want security,” it cried. And at the same time, part of me understood that “security” comes from within.

I missed Hedda terribly. She would have given me comfort. Feeling her fur, her purr, her head on my palm. Instead, I clutched her favorite toy—a fuzzy catnip frog, so worn with love that it’s now just a green blob with arms.

My heart began racing. My throat felt tight. I led myself through a line of questioning:

What am I believing?

How would I feel if I didn’t believe that thought?

I reminded myself that objectively, nothing had changed from when I’d felt calm.

I thought about trying to pack up, and I became overwhelmed. I reminded myself that I’d already created a packing strategy, a list of supplies, how much I would pare down of my belongings, and which charities I’d donate the rest to. None of this helped.

I am alone, my mind wailed.

This is what fear does: It separates. Fear thoughts are the great isolator, the great perpetuator of illusion: I am alone. I am separate. I am a self.

I breathed into it—literally, because I didn’t know what else to do. I felt my abdomen rise and fall, again and again. I considered bingeing on cookie dough, but I knew that wouldn’t help. Even if I could alleviate the anxiety through external means, it would just come back.

This fear is the path, I reminded myself. Over and over and over. There is no escape, because this is the fire in which the larger part of me grows.

Old shame came up—a shadow I thought I’d long since shed: “What do you expect? You’ve been following your own path as though you can just do what you want. Now you have to conform, just like everybody else.” For years, I’ve cultivated a life according to my own rhythms, listening to internal guidance…and now I have to adhere to someone else’s timeline. I have painstakingly created a life that works for me, and now it’s being uprooted—or at least, it seems to be.

I don’t want to be facing this.

Many years ago, maybe in the 1990s, I had a dream: I was sitting in the front car of a rollercoaster. It was pitch dark, and the only lights I could see were the two small bulbs on either side of the track directly ahead of the car. As it inched forward, the next two lights came on. And the next. And the next.

When it’s just little-me, having to pack up, to move, to figure out how I’m going to survive—that is overwhelming. But then when I can remember there’s a bigger system at play; I’m not entirely alone, and solutions will show up if I allow them…I relax. I don’t have to handle this “alone,” even if I’m physically alone.

Just because I don’t know the answer yet doesn’t mean there isn’t an answer.

Breath. Belly. Froggie. Feeling the hands. I am in my bed. There is a cool breeze. Facts. Just this moment.

Something is being born. But with birth comes labor. It can seem violent at times.

I closed my eyes and felt the breath again.

As it turns out, there is an option I never could have imagined: A few days later, a local retreat centre posted openings for work-stay residencies. It seems like a perfect fit. I crave deep connections with nature, with Life. Quiet. Peace. Meditative time. My application is in process, and I have an interview later this week. We’ll see…

It took me back to the rollercoaster dream: The solution will show up only when it’s needed. Not before, not after. My job is to pay attention.