The Lifespan of an Emotion 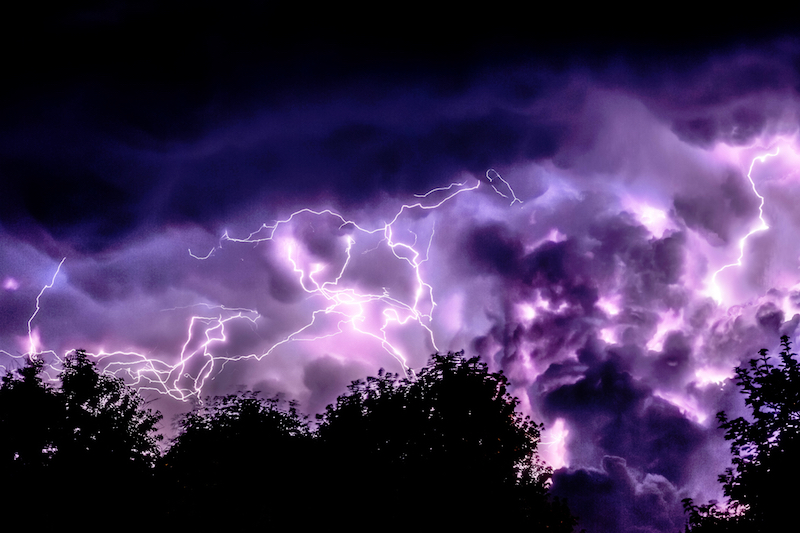 In neuroscientist Jill Bolte-Taylor’s memoir, My Stroke of Insight, she notes that the physiological lifespan of an emotion in the body and brain is 90 seconds. The sensations—adrenalin, heat in the face, tightness in the throat, rapid heartbeat—arise, peak and dissipate on their own.

When was the last time you experienced an emotion for only 90 seconds?

What keeps emotions lingering are the stories we tell ourselves about them, usually that the situation should be other than what it is, or that a person (or we) should have behaved differently. And it’s totally understandable that we tell ourselves those stories—we want to justify the sensations we’re feeling, and the ego wants to strengthen itself through being right and making someone else, or a situation, wrong. Even when we’re feeling shame, we’re making ourselves ‘right’ about being a bad person, unworthy, etc. (The ego can be seriously twisted that way.)

The irony is that this “90-second rule,” as it’s called, has also been used to shame people who can’t seem to “get over” an emotion in that short a time span. If you’re really practicing, the theory goes, then you should be able to release the story and just focus on the sensations. Let them go, let the situation go, move on in serenity. It’s moral superiority cloaked in New Age language.

The challenge is that we are wired to create the very stories that keep emotions alive. And the longer we’ve been telling ourselves a certain story, the harder it is to “just let it go.”

On top of that, we’re wired with a negativity bias (as some say, our brains are “teflon for positive experiences and velcro for negative”). From an evolutionary perspective, it’s one of the things that kept our ancestors alive, and it still serves to alert us to threats. Yet these days, the ‘threat’ is often just to our ego, to our sense of separation.

And when we’re used to feeling bad (sad, angry, anxious, shame), the neural pathways that correspond to those emotions become strengthened, like a brain superhighway. So it becomes easier for those emotions—and therefore the stories associated with them—to become triggered.

By ‘witnessing’ emotions, I don’t mean ‘noticing that we’re feeling a certain way.’ It’s a bit more detached than that. It’s becoming aware of how the emotion expresses itself in the body, without allowing the mind to latch on.

On occasion, I have been able to witness emotions arising in my body, and sure enough, if I don’t start thinking about why the emotion is there, it does indeed pass in about 90 seconds (I’ve never used a timer). This has been much easier to do with emotions that arise in the absence of another person (navigating real-time social interactions that have become emotional, while simultaneously quieting the mind, is a skill I have yet to develop). Several times over the past few months, I’ve had moments of grief for my late cat Hedda, in which I’ve felt a wave, cried for about 30 seconds, and then it was gone. In each of those, I was able to focus on observing the process rather than identifying with it.

Then again, I began writing this post, oh, a month ago? I couldn’t finish it, because I felt like a hypocrite. I was feeling anxiety about a certain situation in my life—a pretty significant one, objectively—and my mind would not let it go. It was torture, and although I knew intellectually that the stories I told myself only made me feel bad (they didn’t actually contribute to improving the situation), and even though I knew it was the ego flexing its false muscles, I felt powerless to stop it. Though in reality, I chose not to stop it. Intermittently, I focused on fierce presence, and the mind stopped its nattering, and I had a brief respite, a moment of peace. And then my mind would start up again.

You’ve probably heard the phrase, “Pain is inevitable, but suffering is optional.” In my experience (even my experience of suffering), that’s true. Suffering often doesn’t feel optional, because we’re usually not able to identify the thoughts that are causing it. That’s why this whole interconnected series of skills—learning to observe thoughts, and separating facts from interpretations—are so crucial, not just for interpersonal relationships, but simply for our own inner peace.

Our bodily systems operate pretty much on their own. There are numerous reasons for a rapid heartbeat, a flushed face or tense muscles, and even for temporarily raised (or lowered) blood pressure. Some of these are pleasurable (sex!), and some not so much (bear!).

Because we humans are story-making machines, we often tend to interpret our body’s signals as emotions, when in fact, they’re just…processes, happening. They will pass—unless we attach a story to them and keep them alive.

Several years ago, I noticed that I’d become agitated (and feel angry) for no reason on some sunny spring days. The externals of my life were fine; in general, I felt serene and peaceful, and yet this irritability would surge inside me. Then I noticed a pattern: On each of these occasions, within 4-6 hours, the sky would cloud over, and it would rain. And I’d feel better almost immediately.

I wasn’t feeling “anger” or “irritability”—I was feeling a shift in adrenalin in my body, likely in response to weather systems I couldn’t see or measure. Today, most of the time, I can identify that it’s adrenalin and detach the physical response from any stories about situations in my life. And I remember to pack a rainjacket if I go out for a walk.

When we have these physiological sensations, our minds want to attach them to a story; there’s some kind of satisfaction in being able to “blame” a person or situation for our emotions. But our emotions are pretty much based on our thoughts about a situation, not anything someone else says or does.

Similarly, for many women (in particular), hormonal shifts create havoc in the body, and it’s super-easy to associate the physiological changes with unpleasant feelings and stories. Estrogen, progesterone and testosterone—the hormones that all genders have in different blends—each affect neurotransmitters (including dopamine and serotonin) in different ways.

In my experience, the times I’ve been ‘underwater’—that is, unable to even remember that I have a toolkit—have tended to be related to big hormonal shifts. And during those times, it’s really, really hard (read: I can’t always do it) to step back and go, “ok, this is just my body doing it’s thing, and my thoughts aren’t real.” Sometimes, I simply opt for soothing myself.

Even when I’ve been able to step back, the physiological feeling doesn’t change, but my attachment to it, my interpretation of it, changes. Being able to witness the physiological sensations, the thoughts and the stories my mind is creating helps to create space around the experience.

In both these scenarios, weather and hormones, because the changes are rooted in physiology and not emotion per se, they’re not necessarily limited to 90 seconds (there are numerous other situations that are analogous). Because these are based on something outside our control, we have to practice stepping back over and over and over again.

What I’m calling “thinking a lot about the source of pain” is also called—either poetically or clinically—“rumination.” It’s the endless loop of thoughts that keeps a feeling alive in the body.

Guess what stops rumination in its tracks? (Spoiler alert: it’s in the subhead)

A few years ago, researchers at Stanford discovered that spending time in nature reduces rumination and, in turn, can help reduce symptoms of depression.

By the time that study came out (2015), I’d been walking in nature for at least an hour a day, nearly every day (sometimes up to six hours), as part of my own cobbled-together inner peace toolkit. I can affirm that my emotional well-being is strongly correlated with how much time I spend in nature, especially when external situations (income, relationships) are weighing on me.

Initially, I thought, “Well, yeah, experiences of awe stop the mind.” And I’m surrounded by awe every day; I seek it out, in part, because it does stop the mind.

Yet the Stanford study used what I would call ‘average’ nature. That is, a field, a few trees, a view of San Francisco Bay in the distance. It wasn’t awe-inspiring nature, as is found among the redwoods, the Sierra Nevadas, or (ahem) in the mountains and rainforests of British Columbia. Yet even a little bit of nature helped. It was external quiet, which helped to facilitate internal quiet.

So next time you’re feeling a strong emotion, and you would like to be able to release it—maybe not in 90 seconds, but let’s say an hour—try going for a walk in nature. Head to a local park, or even look for expressions of nature anywhere you can find: Make eye contact with dogs or birds on the street; look at blossoms in a window box; or if there are no other options, consider all the different species that come together spontaneously and cooperatively in a vacant lot. It may not create a permanent shift, but at least it can probably offer a little relief.

This post contains an affiliate link. If you purchase an item after clicking the link, I may earn a small commission.