The Long Darkness of Winter 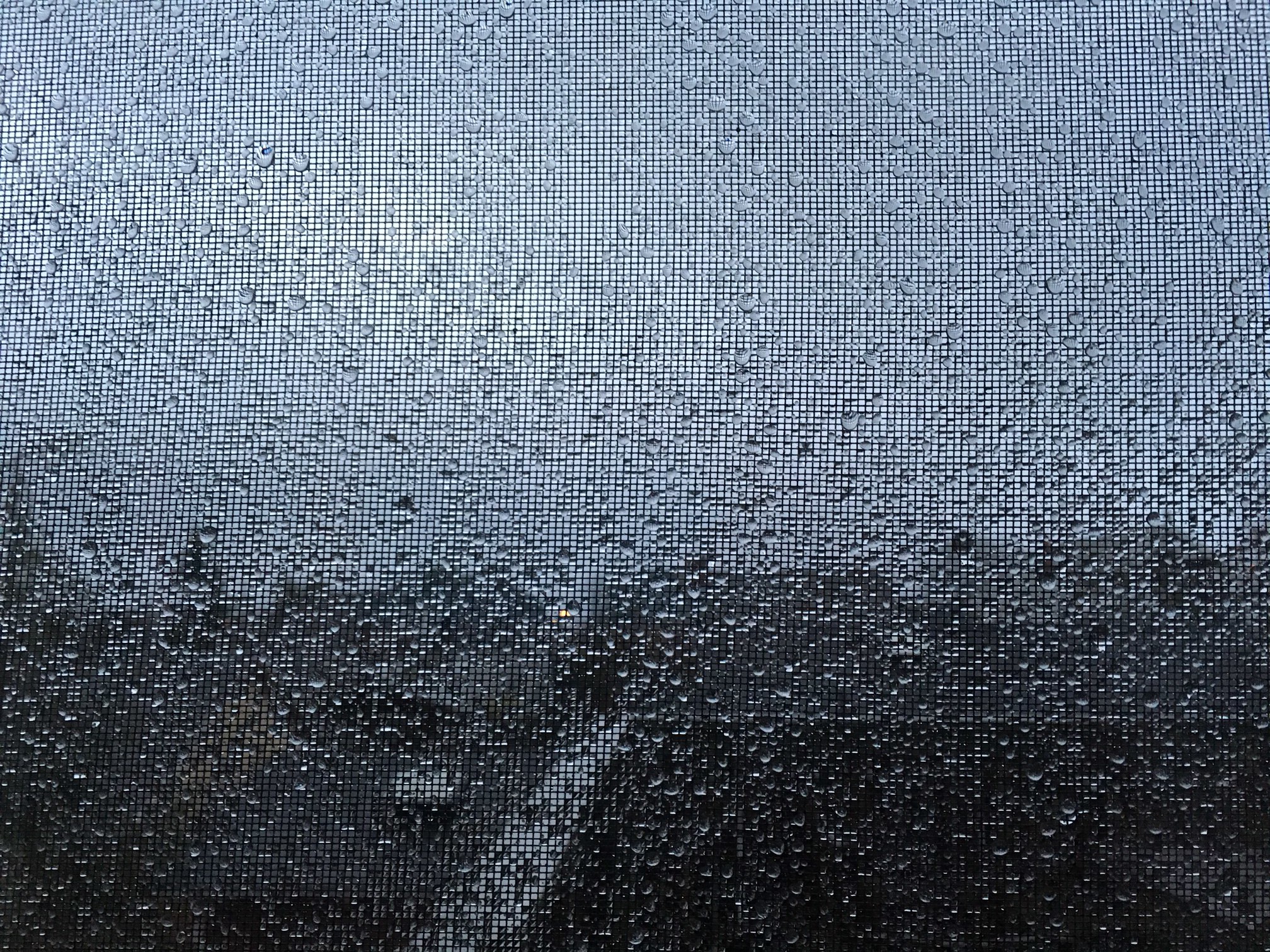 Confession: I’m not a huge fan of winter. I live in a temperate rainforest, which is gorgeous and lush and one of the most beautiful places I’ve ever seen on this planet. It also, by definition, requires abundant rain. Like, six months of rain. Yes, I know rain is healing, nourishing and all of that—and I agree. Rain is awesome (in theory). But winter rainforest rain is incessant. For. Six. Months. And after a week or two of relief that the summer drought broke in October, and another week of feeling “cozy” in November, most people start to go a little bit stir-crazy.

When I first moved out west, someone told me it takes about three years to get used to the winters. It’s definitely easier than it used to be, but every year, the darkness descends and I have to put more concentration into my emotional well-being.

We’re about 200 miles north of Seattle, and while it’s not quite Norway-level extremes of light and dark, the change in daylight is dramatic. In the depths of winter, it doesn’t really begin to feel light until around 10am, and after 2pm, the light fades rapidly. In addition, the sun’s arc is lower on the horizon—at about 30 degrees, compared to the direct (90-degree) overhead sun of summer. So the quality of light is paler, more diffuse, and it’s never exactly ‘bright’. The ocean takes on a steely grey appearance, a drastic shift from summer’s bright blue. Some days, when it’s extremely overcast and pouring down torrents of rain, it simply looks like someone forgot to turn on the sky. This blue-tint photo was taken on the seawall at noon. 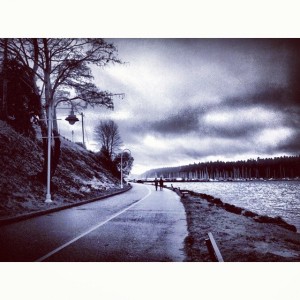 On those days, I don’t really want to get out of bed.

For the past two winters, I was bartering with a coffee shop; I did some social media in exchange for breakfast and sometimes lunch. That meant, if I wanted breakfast (or coffee), I had to be up, showered and downtown by a certain time. In turn, that energized me to write and walk and, y’know, interact with people, even if only minimally.

This year, I ended the barter, and although I’ve been working remotely, that project rarely required my presence at 9am meetings. There are tasks I need to accomplish, but I don’t have to be anywhere. For several months, I’ve gone stretches of days without speaking to another human being.

I think I might be turning into a cat.

The biggest thing for me, in coping with long stretches of darkness, is managing my own expectations: As soon as I remember that it’s normal not to feel the same way in winter as I do in summer, I relax. I don’t beat myself up for not being all happy and shiny.

There is no rainforest without rain, and there’s no flow without an ebb. In mythology, the shortening days are ones of introspection, of preparing to let go of things that no longer serve one’s life, of conserving resources and deepening self-care in preparation for the expansion ahead. I feel all of this right now, including being on the cusp of something new. These feelings are guiding me to do exactly what I need to do (though perhaps with a few more Lindor treats than necessary).

I can feel what I feel—positive, negative or neutral—without comparing it to summer as a baseline.

But sometimes, it’s not so much fun to just be all emo and “yeah, I’m hibernating for the winter.” So here are some things I do to keep myself a little more balanced through the rainy season:

Of course, this is only Solstice. Although the days will start getting longer, we’ve still got another few months before spring. But that’s okay; it’s all part of the cycle.

Good thing I have super-thick flannel sheets to cozy up in.