There is Only One Teaching (essay) 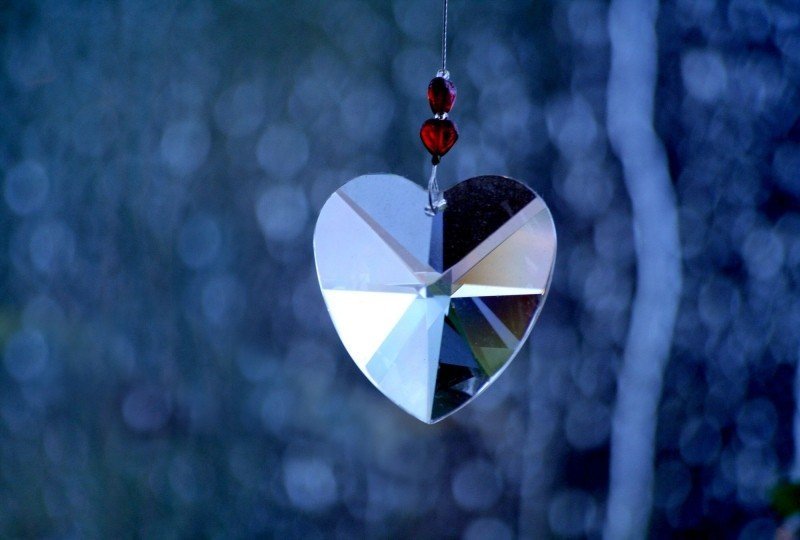 Note: This essay was originally written in 2013-14 and appeared on EckhartTolle.com in January 2016.
His site has been redesigned twice since then, and the essay page is no longer available, so I wanted to make it available here.
I’ve added links to relevant posts.

I’ve listened to many spiritual teachers, and I know, as Eckhart says, there is only one teaching. Yet I kept coming back to him, because he’d been where I’d been. This was someone who understood pain. His words resonated with me, even in my darkest moments. When the freelance rollercoaster went into freefall, his teachings became more important than ever to me.

I grew up in a family that worshipped at the altar of the intellect, and for a long time, I believed my value resided in the power of my mind – which was strong. Not surprisingly, I also had an extremely dense painbody. Twenty years of therapy had made me an expert in talking about my experiences, but I was still at the mercy of my mind, and that created unbearable suffering.

Over the course of 22 years – half my life – my brain had been given more than a dozen labels by numerous psychiatrists (the final one summed it up as a “rip-roaring mood disorder”). During that time, I’d been on more than 18 medications; all the doctors agreed my depression and anxiety were “treatment-resistant”. In 2010, circumstances forced me to taper off medications, and I was terrified. The story I’d told myself for so long was that, without meds, I’d kill myself.

My sister had recommended The Power of Now the previous year, and as I went through the withdrawal of medication, I began desperately searching for anything that might help me survive. I began listening to all of Eckhart’s books and talks that I could find; each one gave me more tools. I created a “Transmutation” playlist of Eckhart audio clips that I’d listen to during the most intense moments.

At first, trying to observe my thoughts felt like peeling the skin off an onion. As I learned how, I began – with intense presence and curiosity – to become acquainted with the personality that had been buried for so long. I decided not to label my brain, nor to put stories to the feelings that arose, though both took considerable practice.

A few months later, I experienced an intense, several-hour satori. I understood, without knowing how I understood, that I was Love, that everything was perfect, and that I was never alone. I also knew that my mind could never comprehend the complexity of the universe, yet in that moment, I understood it all implicitly. It was a true awakening of grace, the most rapturous feeling I’d ever had – but it wasn’t a permanent shift. Simply knowing I once had that experience, though, changed my perception forever.

As I continued, the concept of painbody allowed me to (mostly) dis-identify from my moods, and the practice of Presence gave me both a reverence for Life and a technique for transmuting intense painbody moments. And there were many, at first.

By the spring of 2012, I felt like I was living a different incarnation. I had ongoing work with a client I adored and a steady income. I was paying off an old debt and taking responsibility for my life in a way that I hadn’t in more than 40 years on the planet. I felt more peaceful and happier than ever. Life (and my life situation) was awesome. My painbody, I thought, had been wholly transmuted.

Then work stopped suddenly, when my client was faced with what Eckhart calls a “critical-limit situation.” And, in turn, so was I.

I thought the lull would last a month or two at most. I expected my client to return, and in the meantime, I looked for work, and I trusted. I focused intensely on the beauty around me and spent large swaths of time in an old-growth forest, feeling my hand against the bark of towering trees and making eye contact with seagulls. At home, I’d listen to my cat’s purr and learn from her presence. I also began writing about consciousness, about the things I’d learned through Eckhart, other teachers and my own experience. And for the most part, I genuinely felt peaceful. I understood, on a deep level, that worrying wasn’t going to help me.

But the little work that came in wasn’t enough to cover my expenses, and my client didn’t return. There wasn’t much – or sometimes, any – money. The food bank’s “survival bag” wasn’t enough to meet my nutritional needs. I don’t use credit cards, and in order to make headway on the old debt, I’d sold my only asset the previous year; I had no savings, no retirement fund, not even a car or television I could sell to pay rent.

Many times, I had less than five dollars and no idea when my next project would come in. Those were the times the painbody came back – not just my personal painbody, but (I believe) the collective painbody of anyone who has ever feared winding up on the street or going through winter without boots.

Most of the time, I trusted, and Life came through in ways I couldn’t have imagined. Miracle after miracle unfolded. I am blessed with extremely compassionate landlords and a friend who allows me to barter for food. I haven’t always had as much as I wanted, but each day, my gratitude list begins, “Today, I ate. Today, I have a roof over my head. Today, my utilities are connected.”

When fear arose – and it did, usually around the time I was down to less than a dollar and needed something like deodorant or shampoo – I kept coming back to the moment, surrendering over and over and over again.

At times, I gave in to the temptation to think and talk about the fear – because it felt useful, and the immediate gratification of talking about it felt better, or so it seemed. But overall, it made me feel worse. I re-committed to not talking or thinking about the Painbody – and amazingly, Presence became much easier.

When the painbody does arise these days, it’s stronger than ever. I’d like to believe this is the dregs of it, the most tenacious, stickiest gunk. At  times it has rendered me unable to remember Consciousness at all. I call that state “underwater” – when I can’t even remember to feel my breath or hands. It’s rare, and it takes a pretty intense challenge to trigger it, but in those moments, I haven’t understood how to drop the negativity. I get that it’s simple, but for me, it’s not easy.

Yet most of the time, I’m able to stay present and to focus on appreciating what I do have. I’ve never felt poor – broke, occasionally, but not poor by a long shot. I’ve made a conscious effort to focus on the abundance in my life: health, nature, beauty, love – and yes, “water falling from the sky.”

I don’t know what’s next, in terms of work or income. This is a lot more uncertainty (and sometimes discomfort) than I could’ve ever handled before – even when I was on meds. It used to take much less to send me into a spiral of panic and despair. Today, I know the eternal part of me is fine, no matter what. I don’t know what Life wants from me, but I trust this is part of it.